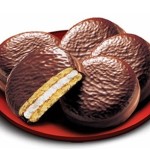 Fruity beer dudes: I can hook you up with the one guy (out of 50 women) who came to my…