A Dash of Faith and a Dollop of Love

Like many traditional dishes around the world where written recipes are virtually non-existent because the cooks — women, people of color and other groups considered second-class citizens– were not allowed to attend school and often couldn’t read or write, their culinary legacies were handed down verbally with a dash of faith and a dollop of love.

You Are What You Eat (Or Not Allowed To Eat)

The similarities between Chinese cooking and Southern-style “soul food” are unexpected or expected depending on where you sit at the table. To my friend’s dad, food was food and he might as well have taken it intravenously. Or if you’re me, I live to eat and I eat to learn. Every dish tells a story, whether it’s bratwurst, bagels or balut. And just like putting labels on people, the judgments we make about a particular type of food or who makes it, says more about ourselves than anything else.

Most of our minds jump to conclusions before the fried chicken is even done cooking. I couldn’t date a guy who hated strawberries. Something must be wrong with him if he doesn’t like the juicy, sweet, wholesome goodness of a fresh strawberry! And if Auntie Chin gets offered the fish head, she must be the special guest! If you use lard instead of canola, someone might assume a mobile home is your place of residence. The food never changes even if the judgments do. Peasant food one day, organic the next. Slave food one day, artisanal Southern cuisine the next.

Being a girl born and raised in Atlanta by Chinese parents makes me a Chinese Southern Belle, and cooking with recipes and ingredients originating from the Deep South not only results in an amazing array of mouth-watering dishes at our family Thanksgiving table, but also in a profound appreciation for my heritage and the women—mothers, aunts, grandmothers and more – who cooked and slaved in the kitchen, literally and figuratively, so that the rest of us could savor and learn from their creations. Race relations, necessity spawned by poverty and slavery are some of the unlisted ingredients.

Like many traditional dishes around the world where written recipes are virtually non-existent because the cooks – women, people of color and other groups considered second-class citizens – were not allowed to attend school and often couldn’t read or write, their culinary legacies were handed down verbally with a dash of faith and a dollop of love. 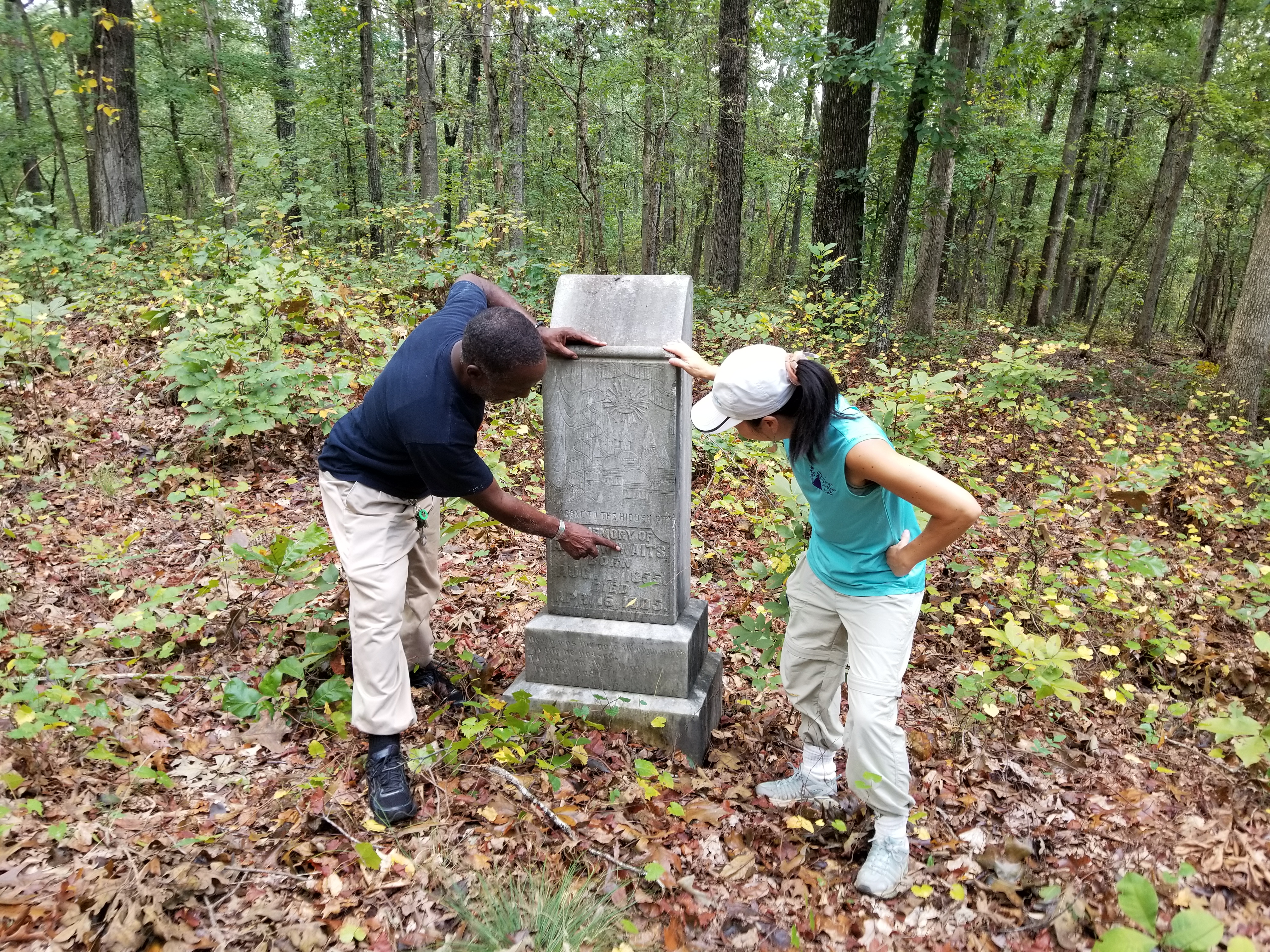 Surprisingly, traditional Chinese food and soul food share common traits despite originating on different sides of the globe. The diet of Southern slaves was restricted to what their owners would provide – leftover meat parts, and vegetable scraps or roots. The cooking in Southern households was often done by black female slaves resulting in the development of Southern food with African American influences and, depending on the heritage, Native American, Caribbean, French and Spanish influences. They learned to use less desirable off-cuts of meat such as pig’s feet, oxtail, ham hocks, pig ears, chitterlings, tripe and re-used lard for cooking,

Eating a wide variety of animals, vegetables and the whole of their parts was also a matter of survival for Chinese people who were mostly peasants and farmers. Meat was a luxury and being picky or throwing away anything edible was unthinkable. Bone soups and bone-in meat stew, originating from necessity, are now considered healthier, more nutritious and richer in flavor. Skinless meat? Never! The skin helps retain moisture and carries the flavor of the seasonings and sauces.

Seasonings to Cover Up Rancidity

In my family, mom and dad loved to fish so my sisters and I were trained early on how to tease out tiny fish bones but swallow the meat. We also expertly spat watermelon seeds out, and sucked shrimp or crab from their shells. From whole chicken stew to “see-through rind” watermelon-eating contests with my cousins, we lived outside the land of pre-cut fruit salads, fish sticks and boneless chicken. Auntie made pork belly buns long before they hit restaurant menus or food trucks. Mom’s beloved soups were made from and served with meat bones in the bowl. Dad’s signature ribs were “gnaw off the bone” type, not “fall off the bone” type. We ate “whole foods” out of necessity and budgetary reasons, not related to a Whole Foods Market campaign. No wonder few of my friends wanted to stay for dinner after getting a whiff and sight of a big simmering pot of whole fish with a tail sticking out the side. My favorite!

Today, when my family goes out to eat, it’s often Southern-style cooking and not Moo Goo Gai Pan. The last time I made biscuits, I went searching for lard in three different stores before I found a block. When did lard disappear? How does fried chicken go gourmet? Why does the lowly pork belly sandwich create two-hour wait lines?

In People and Food, Diversity is Our Strength

Perhaps it’s okay to like a food for what it is and not what it represents. My dad loves Chinese porridge with a thousand-year egg cut up in it and fermented bean curd on the side, but he also loves Popeye’s Fried Chicken because it tastes good.

The circle of food mirrors the circle of life. The old becomes the new and then repeats itself. Old foods create new conclusions. Will there ever be a time when food is just food? Probably not. The story behind the recipes are the unseen ingredients I love the most. Will there be a time when we are a colorblind society? I hope not. Diversity is the ingredient that makes our country great. No blending required. 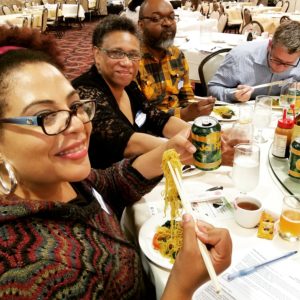 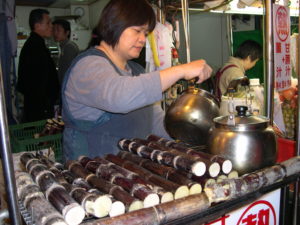 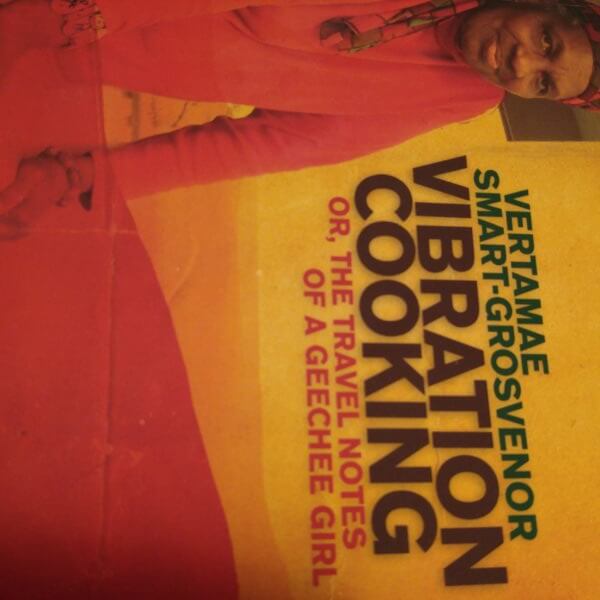 Joy of Being Yourself: Authenticity in Food & Life

Natalie shares how her cooking style and recipes reflect family, a sense of place, and heritage as a Chinese American…

Leave It To Cleaver: 5 Best Chinese Veggie Cleavers for Your Kitchen

Leave It to Cleaver At our house growing up, dinner was always cooked with fresh, mostly local ingredients. Mom boasted…